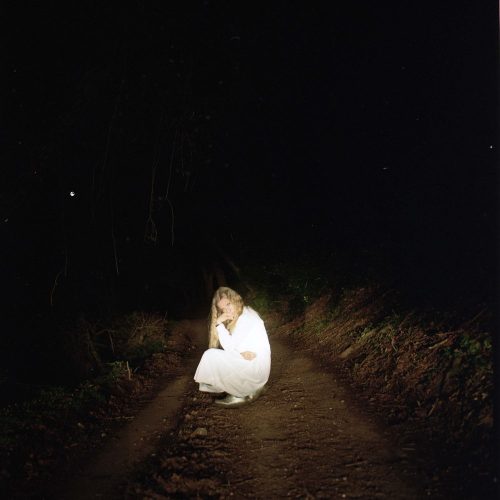 Right now, many of us want to escape. The world seems to be getting more chaotic by the day, and most of us are stuck inside our houses. Many of us also live in colder regions, where the frigid winds of winter are keeping us from being outside and in nature. The sun goes down earlier while the starkness of the cold winter night takes hold. It’s in these moments, when things start becoming dreary, that art can carry us away.

“Avalanche”, a new single by Swedish songstress Maja Lena, is the ethereal, fantastical, and charming tune to help us escape this current reality. Lena’s bell-like voice, along with a masterful folk production, transport us to a green place: somewhere where nature abounds, a waterfall is just around the corner, and spritely fairies can be spotted fluttering about in a field of wildflowers.

The song starts with gentle but jovial guitar riff, as we hear Maja Lena’s otherworldly vocals metaphorically tell us about the everyday worries that surmount in in her mind, and how meaningless it is to “agonize over every wrong” as she puts it. The whimsical sounds of the song seem to further this point: enjoy life and this light and carefree tune instead worrying about every possible wrong.

It’s been a long old slog to camp

We are a knackered pack of dogs, how we pant

Had we listened closely enough – avalanche!

It’s been a long old slog to only crash

Through this journey “to camp”, we picture the outdoors while simultaneously connecting the woes of this “knackered pack of dogs” to ourselves as people. Though we are not “slogging to camp” amidst an avalanche, we are trying to get through everyday life and its unavoidable obstacles just the same.

The harmonies of the chorus take us even further into this nature world, where Celtic ballads of old are sung and people dance their troubles away.

These words are repeated throughout the chorus, in such a way that almost makes you want to hook arms with a friend and dance around the room with not a care in the world. The end of the chorus puts a real image of the natural world into your mind:

We never made it up the Old Man of Coniston

I could agonize over every wrong, but why bother?

The Old Man of Coniston is a fell in England, characterized by its mountain-like features, and situated in the English Lake district. This imagery only pulls us further into this illusion of being in a beautiful expanse of green, somewhere isolated from the rest of the world.

Where is the ego lodged this far from camp?

Gazing into a bog so dark and dank

Did we labor nearly enough on our plot of land?

Thickening paste of fog on our gallivant

The lines of this second verse each seem to allude things that trouble the human mind: the ego, gazing into darkness – aka, existentialism, always wondering whether we did enough, and the times getting more and more difficult. Though she sings of these negative thoughts, its as though Maja Lena is expelling them with her twinkly voice.

With the world in a state of fear and confusion, “Avalanche” takes us away from the darkness and into Eden, reminding us that although it’s impossible to completely forget the bad, there is always good to be found among it.

Boston University journalism student from Vermont with a particular interest in the fields of music and radio. I enjoy traveling, playing guitar, and spending time outside hiking, kayaking, and swimming.
PrevPreviousAnnsofie Salomon’s “Soft Dreams”: A Tale of New Beginnings
Next“Abattoir” by The Ninth Wave: Things Fall ApartNext