The Story Of The Rungs “Balcony” 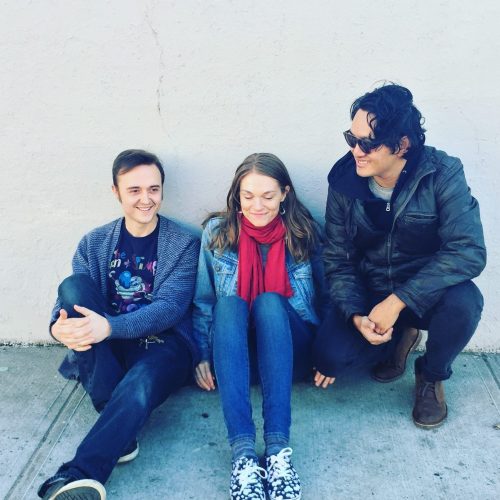 Some songs are out of this world, “Balcony” by The Rungs is one of them.

A letter from a girl to her new love, this song recalls summer romance and the sweet innocence of a first crush. It has limited lyrics, but what it does have is descriptive and gets to the heart of the emotions the singer is trying to portray. The lyrics inspire listeners not to settle and to “always ask for more”. The beat is unique and ethereal while remaining grounded and listenable. That is quite a feat for any band, and elevated this track beyond what even I expected

The guitar work on this song, (and for that matter, on all of their songs), is near perfect.  The song is simply electric, not a dance track, but definitely something you will want to sway to on a warm summer’s night.

The Rungs are a new alternative group from New York City. Their sound is experimental without being alienating and recalls some of the best pop music from the 60s and 70s without losing the modern edge that could help propel them onto the mainstream charts. Some of the most interesting music is coming out of New York these days, far from the grind of pop princess making machine that LA has become these days. Made up of a husband and wife team and rounded out by a friend, this band has a unique history to match their one-of-a-kind sound. The Rungs seem to be entrenched in the indie NYC music scene and should be able to stand out in a crowded and talented field, based on what I was able to listen to.

Each one of their songs is its own thing. The only consistent thing about The Rung’s music is that every song is good, bordering on great.

The Rungs has quite the following online and seems dedicated to their hippie, alternative aesthetic. That dedication should help them grow their fanbase. Fans like nothing more than a band to remain true to itself. Though niche and a tad grunge on some of their other tracks, The Rungs have the cool factor and make good music. While I don’t know that their sound is mainstream enough to break onto the Hot 100, I predict that if they keep at it, they will find success on the alternative charts.

Something tells me that’s what this band would prefer anyway.

What was the inspiration lyrically behind the song “Balcony”?

I was feeling overwhelmed by the pace of life right after college, with how quickly a job and the pressure of student loans can consume you. So “Balcony” is about taking the time to step away from the hustle and cherish those meaningful moments with a friend, no cell phones, no distractions, just embracing the moments shared and passing.

Originally when I sang it, feeling so overwhelmed, I sang about the obligations of life that “always ask for more” from us, about how it never ends, that feeling of barely keeping your head above water. But when my friends hear the song, they say that I’m singing about how we should “always ask for more” from life. It’s interesting, two very different meanings; it can go both ways.

How was the band formed? Are you all originally from New York?

We formed kind of unintentionally. Diwas and I are married now, and we were a couple before we ever started playing music together. Really tracing it back the first moment that probably started the band was when Diwas threw me a surprise birthday party show. He performed some songs that we had been playing and singing at home, and I joined him in the performance. It was just a wild night, and afterwards some friends suggested that we play another show. So unexpected. I soon got a repetitive motion injury at work, [and] nerve problems in my hands, so I started staying at home singing. That’s when we spent more time writing songs as a band. It was like therapy for me.

What is the story behind your band name?

The Rungs is a play on our last name “Gurung.” In the beginning we’d play without a band name, just messing around. One day a friend asked us if we’d join a bill with him, and he needed a name to put on the flyer for the show. “Rung” also means ‘color’ in Nepali, so Diwas came up with it, and we liked the meaning. We also liked that it could be a “rung” of a ladder. I was working in a molecular bio lab at the time, doing a lot of DNA sequencing, and I related it to “rungs” of the DNA ladder too. We were really just thinking of what to put on the flyer, and we liked it for all of those different reasons. We didn’t really consider that we’d go on to be an actual band and that this would be the name we’d use moving forward. But it fits so we’ve stuck with it, or it stuck with us!

Who would you consider to be your biggest inspiration(s) musically?

We’re so broad in what we listen to. No matter where we go, I think there will always be threads of the stuff we were exposed to really young, which for both of us coincidentally included early Madonna, Michael Jackson and The Beatles. After we met we discovered The Avett Brothers and Wilco, they are definitely near the top of the list of bands we listened to frequently. We’re always listening to new music, and really old music that we still discover new gems in. We’re lucky to live in Brooklyn surrounded by so much live music, and record stores where you can always find something new and obscure.

In “Balcony,” we hear some really cool aspects from other time periods, like the synth and background vocals, as well as new age alternative pop. This combination has become a lot more popular in recent years; why do you think that is?

I think it’s just a matter of accessibility to all of these genres of music everyone can listen to and absorb with the click of a button, and accessibility to recording tools, both new and old. We have more options than ever before at our finger tips. We all approach it in different ways, taking in the constantly evolving new technologies, mixing it with the older styles and traditions. I think it also has a lot do with comfort. Certain patterns we are familiar with make us feel good. You can play with staying close to those patterns or moving farther away from it. Things like song structures with choruses, and keeping the rhythm comfortable with snare on 2 and 4. [A lot] of music breaks those patterns, but lots of music also holds on to them and reinforces them too. As producers it’s fun to manipulate those things; we like experimenting, but sometimes we both want that comfort of traditions. “Balcony” is pretty simple; there aren’t any intentional dissonant moments, probably because when I wrote it, I was feeling emotional and really needed some comfort!

You chose to combine a track of lighthearted pop music and top it with deeper, more meaningful lyrics; how do you think this sets you apart from other bands in the same alt-pop genre?

I think all of us as humans are unique in our own ways, and if we make music, it’s gonna reflect the little things about each of us that make us different. I love earth science and biology, and I like writing about nature, media, war, internal struggles, etc. I want to write about it all! I still really enjoy and feel moved by writing about love and romance, which I think is by far the most popularly sung-about topic. But a song can be about anything we feel passion for. I do find it important to match the emotion of the lyrics with the emotional feeling of the music, so maybe with this one I was searching for an uplifting comforting sound. Even though life is so demanding and overwhelming, and the lyrics are expressing that overwhelm, the music is saying that it’s all gonna be okay. The uplifting vibe matches that feeling of being in the moment with a friend, relaxing and laughing.

What should we be looking forward to coming from The Rungs in the future? Any upcoming tours or releases?

Now that our EP Everyday Visions released in November, we have our next EP in the works! I am also working on a monthly demo project, which contains a new rough recording every month, shared on Bandcamp and YouTube, simply titled “Mandy’s Song Journal.” It’s kinda crazy, sharing the songs in a less developed form. I usually share demos on private emails with a few friends, but in the song journal, we’re sharing these demos with everyone. The songs are different from the band stuff and EP material, a different avenue of creativity. I really like how it shows the difference between songs as they exist in the beginning, versus the EP songs, which exist after months of re-writing and toying with production.

As for tours, we have nothing planned. We have some obligations that are keeping us in Brooklyn at the moment, so we are making the most of our home studio! 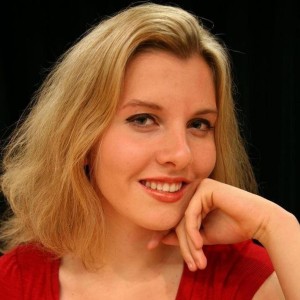 Alana Ballantyne is a freelance journalist and short story writer from Michigan. Her work has appeared in a variety of publications across the country. When she's not writing, she can be found hanging out with her dog, Kaise.
PrevPreviousThe Hubbards Hit Us with “Good When I’m Done”
NextCrooked Trees’ “Vertigo” Will Suck You InNext