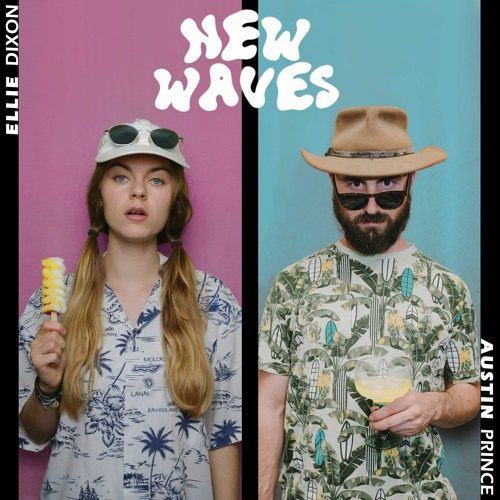 Thanks to a powerful on-shore breeze, Ellie Dixon and Austin Prince’s “New Waves” rolled in right on time.

Just as the title suggests, this song is about waves — sound waves, radio waves, emotional waves, and creative waves. It articulates the feeling of being stuck, and finds a way out through reinventing how music can be made.

Between Dixon in the UK and Prince in the US, this song was written and produced while zipping through radio waves over the Atlantic Ocean. The overseas collaboration comes to us as a heart-warming and honest quarantine anthem. This year has been tough for art, and the unique creative struggle comes across loudly in Dixon and Prince’s lyrics:

But it’s still a dress rehearsal

And it has been

For heaven knows how long

Artistic restlessness gets a joyful expression in the perfect mesh of Dixon’s Indie-pop style and Prince’s R&B. The slow repetitive swells of music, rock back and forth like a ship in high waves, empathizing with us the reality that sometimes you just need to go below deck and wait out the storm. These synthy swells also give the song a lot of body, which lends itself nicely to the shimmery vocals and simple clean guitar sound that dances in the higher registers of the track.

The production really stands out as a highlight. Both artists produced the song, and it sounds really tight, which is even more impressive because they collaborated thousands of miles away from each other.

Sitting in my room is getting old

Been seeing the same scenery

As the song kicks into a more upbeat groove, “found sound” sneaks in as a series of clicks, and snaps recorded from household items like typewriter keys, and the popping sound of your finger leaving the inside of your mouth. In a demonstration of creativity born from “feeling paralyzed”, Dixon and Prince make pictures out of the TV static.

Just as the two artists support and affirm each other’s struggles – which is demonstrated in a more detailed way through their music video – they give a voice to other struggling artists, creatives, and those who are simply lost.

Standing in a hall of mirrors fooling my eyes

There is a yearning for clarity, and a search for “new waves” to carry us to shore when it feels like we’re drowning.

I think right now there are a lot of opportunities to overthink things.

Questioning, and doubting yourself will glue your feet to the floor, which makes it even easier to question and doubt. Hearing something you can relate to is so important to being able to unstick yourself. Let this new single be the goo-gone that inspires some creativity in your life.

“New Waves” is full of hope, camaraderie and honesty. Ellie Dixon and Austin Prince show us that art can be created and shared from your bedroom, anywhere in the world. 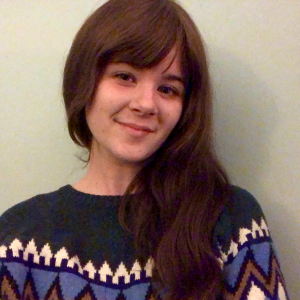 Zora is a gap year student who enjoys writing, late night bike rides and heavy rain. She isn't great at playing music, but she's very good at listening to it. Her dream is to become a writer of all things, but music is her passion.
PrevPrevious“Automatic Love” by Lo Talker: Thoughtful Indie Rock
NextCathal Coughlan on “Song of Co-Aklan,” His Illustrious Career, and the Pitfalls of TechnologyNext