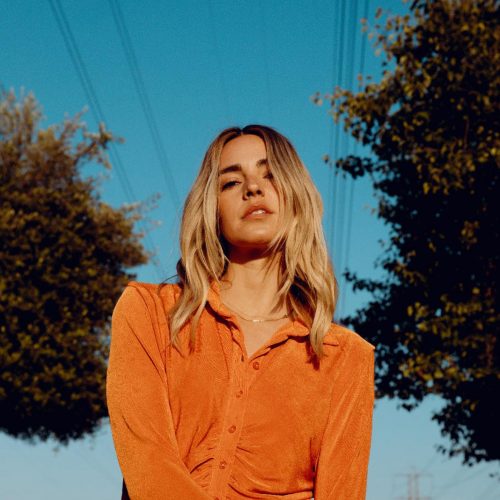 For a long time, I had this subconscious belief that my life would probably work out like a coming-of-age movie.

There’d be a few bumps to build drama (I’d crash my car, maybe get cut from the basketball team, maybe get dumped after prom), but things would fall into place my senior year of high school in a way that’d bring the narrative full circle.

I’d make the team, win back the girl, maybe win the state championship or something – I don’t know.  Then credits would roll, and from that point on my life would probably be perfect.

I can’t remember ever explicitly articulating that stupid feeling to myself. But I can remember some of the moments that shattered it. The call from my mom when she told me that my brother’s best friend had died from an overdose. The first time I visited my grandma in the nursing home and she didn’t remember my name. That kind of stuff.

Life isn’t a movie where every pain has clear purpose and every loose end is tied up. The truth is that shit happens. It’s a heavy realization everyone comes to eventually.

Tarver has an eclectically impressive resumé that includes a starring role on Nickelodeon’s Big Time Rush, a first-place finish on NBC’s Songland, and writing credits for Cheryl Cole’s UK #1 single “Crazy Stupid Love”. But in spite of all that (or maybe because it), she found herself questioning everything she was doing in her mid twenties.

“Expectations I had were unmet,” she explains. “Goals I had for myself weren’t being achieved. Beliefs I had as a kid were starting to shift.”

She processed that reality with “Shit Happens”.

The song is appropriately sparse; it’s just a lilting piano riff, ghost-choral background vocals, and a bit of ambient synth, all of it providing soft texture for Tarver’s cutting lyrics.

Worse than you can imagine

The verses of the song lay out a series of devastatingly relatable circumstances.

Sometimes good guys get no credit

And bad guys get all the breaks

And you get that house you wanted

The happy couple you look up to

Is getting a divorce

Your ex is dating your best friend

And you can tell he loves her more

It’s tough stuff. It’s great songwriting. And, unlike the ridiculous perception of personal narrative I had at 16, it’s soberingly true.

We caught up with Tarver to talk about her writing process, the feeling of “lostness”, and her advice for making meaning out of the shit that happens. Give it a read below.

You’ve had a winding road as an artist – from acting roles, to winning Songland, to your solo stuff. How has that variety shaped you as a songwriter?

I think it has all provided me with life experiences which adds to my library of things to write about! I’ve grown up in this industry in a lot of ways. So as I have changed, my viewpoints on life have changed, so my songwriting has changed.

Was there a personal experience you had in mind when you heard Brené Brown’s quote? How autobiographical was the writing process for “Shit Happens?”

I have always been a little frustrated with the phrase “everything happens for a reason”. I know its intent is to provide comfort, but I think it rarely does. It’s always made me feel pressure to not be sad or feel bad for having a normal reaction to a painful experience. I don’t know.

A specific experience isn’t coming to mind, but that frustration is definitely a big inspiration for writing it. Along with the podcast. I think learning to accept that sometimes life is just shitty has had a pretty profound effect on me and how I see the world. Helps me to be a more empathetic person.

How’d the music come together for the track? Did you have the piano part beforehand?

It actually started on acoustic guitar, but when we started playing it on piano that’s when it really clicked. We wanted the finished product to stay pretty simple, but have some slight additional production. So we added a cello and some background vocals to help it have a slight build. Then we tried not to mess with it!

My producers went in and perfected every vocal part and every part of the production and honestly they deserve most of the credit.

There’s a quote in your press kit where you say, “I think a lot of us go through that phase in life where you ask yourself, ‘Is this it?’” How’d that feeling come up for you, and why is talking about it important?

For me, it was kind of the classic quarter life crisis. Hitting those mid-late twenties and all the sudden questioning everything. Am I on the right path? Who am I? What do I want? What do I even like?! Expectations I had were unmet. Goals I had for myself weren’t being achieved. Beliefs I had as a kid were starting to shift.

I just started to feel kind of lost… and over the past few years, I’ve realized that feeling just kind of lingers. There’s no quick fix for existential dread. I think talking about it is the only way to try and make sense of it. Connecting with other people, and feeling that relief of someone else going through it too. That’s why it’s important to me to talk about it.

I think there’s a really interesting irony to “Shit Happens”. The core idea of the song is that shitty stuff is often meaningless – but songwriting, in my mind, is the practice of creating meaning and story. How do you think acknowledging meaninglessness impacts our ability to create meaning?

I don’t feel like I’m smart enough to answer this question. Or I need like three glasses of wine before I try and figure out the meaning of life. But you’re right! There is an irony to it all.

I also have literally zero idea and am riddled with anxiety and fear of the future all the time, so what do I know! We are all in it together.

What’s coming up for you this year?

I’m going on tour with Johnnyswim in October and releasing my album, Subject To Change, October 15! I can’t wait to share these songs with everyone, and getting to play them live is going to be so special.

What’s your best advice for other songwriters?

Write a ton of songs. Try not to compare yourself to other people. Everything has been said a million times so don’t worry about that too much. You will have a unique spin on it because no one else is you.

Two truths and a lie: Jon loves understanding how songs are made. Jon once attempted to swim across the Pacific Ocean, but only made it to Hawaii. Jon was the stunt double for Sandra Bullock in the films Gravity and The Blindside.
PrevPrevious“Fallen Star” by Laura Rafetseder: A Love Both Grounded Yet Cosmic
NextJenny Hval’s “Jupiter,” Disorientation, and the Prada MarfaNext