Moths in the Attic – The Story of “Chase Away the Ghost” 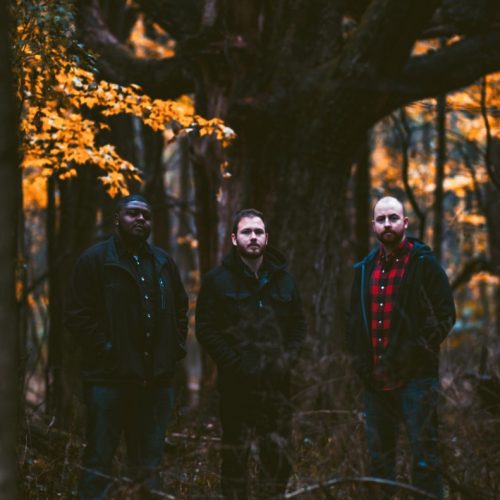 For many artists, songwriting is a healing, therapeutic experience. This rings very true for Zack Fletcher, lead singer/songwriter and guitarist of Moths in the Attic.

Based out of Northwest Ohio, this progressive folk meets classical guitar meets rock band released their self-titled debut album in October 2019. After meeting saxophonist Mike Williams through a mutual friend and reconnecting with percussionist Kevin Jorrey, the three combined their unique styles and diverse musical backgrounds to build what is now Moths in the Attic. Collectively, Fletcher, Williams, and Jorrey create music out of self-reflection and the journey of human experience.

When listening to the album, the pain, heart, and everything in between was easy to find in the lyrics and the ghostly atmosphere every song creates. Every song gives way to a new experience. I found that the hypnotic vocals accompanied with soulful saxophone and piano in “Awakening” and the heart-breaking lyrics of “Chase Away the Ghost” made me reminisce of a better time. I really enjoyed the driving acoustic introduction of “Forward” leading to a beautifully full chorus filled with wild drums and strings. The wispy, yet triumphant sound is something that I found very interesting.

I think that’s exactly what Moths in the Attic were trying to do. For me, the album created a joyful yet heavy experience that never felt ingenuine or out of place. That’s exactly how life is. Seeing the beauty in the midst of the darkness and learning to be at peace with it is something not always easy to write about, but it creates something very meaningful for the listener. I was captivated by every word, sound, and feeling.

Check out the interview with Fletcher below to hear about the band and the songwriting process of their debut album. You’ll hear the heart of the music in every word he says.

1. Hey guys! Thanks so much for taking the time to answer these questions. First, a little background: how’d you guys get into music? And how’d you meet?

My pleasure! Each of us got into music at an early age, listening to our parents’ collections or sharing music with friends. That early appreciation led us to pick up our respective instruments at a pretty young age and practice obsessively.

As for the forming of the group, after college, I was looking to expand the solo acoustic material I had been working on for quite some time. I met Mike Williams via another musician friend and from working with him on a recording tech class project. We came from different musical backgrounds, but the chemistry clicked. We started jamming and his sax style added a unique, melodic dynamic to the songs. I went to high school with Kevin Jorrey and we reconnected around that same time via another project with a mutual friend. I asked him to play percussion on my material and we instantly connected over the rhythmic possibilities of the music. We’ve played with lots of other great musicians live and in the studio, but the three of us comprise the core of the group.

2. Where’s the name “moths in the attic” come from?

The name comes from a poem I wrote. The gist is there are ideas that float around in the quiet dark of the mind. There may be a comfort in existing there, but eventually these ideas will perish if they stay too long. Like moths, they need to fly free to survive. I view my songs as moths fluttering around in the attic of the mind. When we can express them by playing or recording them we allow them to fly free.

3. Do you guys write together? How do you approach songwriting?

I like working out the beginning elements on my own. Songwriting is usually a pretty solitary experience for me. I’ll share a song once the guitar work, melody and lyrics are essentially complete, and Kevin and Mike will get a sense of the vision for the song, and then start to explore their parts and add personal touches. It’s an ever-evolving process too. They’re always finding cool ways to keep even our oldest material fresh with updated parts and improvisation. It’s very fulfilling to watch a song grow as you collaborate with other musicians, engineers, artists, etc.

4. Classic question: which comes first when making a song, the lyrics or the sound? (You guys have one of the most unique sounds I’ve heard in awhile, with the blend of classical guitar and rock – even pop – melodies. But the lyrics are really thoughtful, too.)

Thank you! We pride ourselves on offering something a little different. I feel it’s just a reflection of our combined musical interests. The sound tends to fall into place pretty naturally as a result.

As far as the writing I guess it can be broken down into a three part process: 1) The guitar is at the core. The metamorphosis of a musical idea is ready to begin when I’m feeling confident about the guitar work and how the parts are transitioning. 2) Next, the melody and lyrics are added. This can take awhile sometimes. I may draw upon poems or scraps of thoughts I’ve written down in the past, or it may be something entirely new. Usually the guitar work helps me envision a theme and it goes from there. 3) I may have ideas for expanded instrumentation, but when it’s introduced to the rest of the group a fuller sound really takes shape. These guys always pick out and accentuate elements of a song that I may not have even recognized while writing it. They help me experience music I may have been sitting with for a long time in new and exciting ways.

I started playing because I loved listening. As I grew with the craft, I realized the process of creating music can be an amazing tool for communication and self-care. Writing and playing music has become a very therapeutic expression of art and emotion for me. It has helped me sort my own feelings and experiences. And as many artists have done for me, my hope is that our music resonates and connects with others. I’ve had many beautiful experiences and found and/or enhanced many of the most important relationships in my life through music.

6. Let’s talk about “Chase Away the Ghost” – one of my favorites from your debut LP. Where did the theme of this song come from? What’s the story behind it?

“Chase Away the Ghost’‘ is one of the most meaningful tunes I’ve written. I had the song quite a while before the band existed, and it can still catch me off guard at times with how powerfully it can affect me when we play it. The general theme of the song is the marking of a bookend in life. Whether from a person, a time period, a place… it is the realization that a time has come where life will never be quite the same. These can be very trying times and as much as we can’t bear to let go, we must try to find the path forward. In one of my own transitional periods, I scribbled these words that encapsulate this idea and would become the heart of the song:

7. This is kind of Ben-Howard-esque to me – on the continuum between classical and folk, I think it trends more folk than some of the other tracks. How did the sound come together?

It definitely borrows from some of my folkier singer/songwriter inspirations like Nick Drake and earlier work from Iron & Wine and Sun Kil Moon. As for the sound of the recording and arrangement, the percussive drive is one of the most important elements. Kevin and a bassist we worked with early on (Ed Croft) came up with the idea of making the instrumental breaks after the verses have a quicker pace. It was something I never imagined, but it really compliments the guitar work and adds a fluid movement to the song. When the percussion opens up again following those parts it’s like taking a deep breath. Those became some of my favorite moments in the song. The recording also features some really nice orchestral sections with the strings and sax, which add a lot of dramatic and growing intensity. It was amazing to hear it all come together as we added each piece in the studio.

8. What was the most unexpected part of making this song?

At every step this one seemed to fall together pretty seamlessly. That isn’t always the case in the studio or when writing. We worked on our debut album for quite awhile at DLT Studios, and even with all the moving parts this track always felt pretty intuitive for the musicians and engineer. I remember this song coming together pretty quickly when I wrote it as well… I still have the original page in the notebook where the lyrics were scribbled and they’re almost the same to this day. With most songs, I just keep chipping away until I have a song I’m happy with, but looking back on this one it feels like I was gifted with a finished song that knew from the start what it should be.

9. The break around the three-minute mark is a musical highlight. Why did you decide to do that, and how does it impact the song’s meaning?

From what I recall, I had the beginning section complete, but something about it felt unfinished. You can probably tell from some of the other songs on the album that I enjoy crescendos and like to explore soft/loud dynamics in the music. I started messing around with strumming patterns using the chord progression in the chorus section and really liked how it sounded.  With the final phrase repeated over this strumming, it felt like a resolution to any sense of doubt presented earlier in the song and an affirmation of its final thought… “one to chase away the ghost.”

10. Finally, the question we always end with: what’s the best advice you’d give to other songwriters?

Introspection is typically at the center of my songwriting.  This has been a therapeutic endeavor for me, as I’m sure it is for many songwriters. So my advice is to try to grapple with those things that aren’t always easy to express or share. If it can be a healing process for the songwriter, you never know who else it will resonate with.

Another tip is to work to build a supportive/positive network. I’m beyond grateful for the musicians I’ve had the opportunity to work with and the people who have supported this project in one way or another. Having a solid support system makes navigating the music business more manageable and it makes the art better. 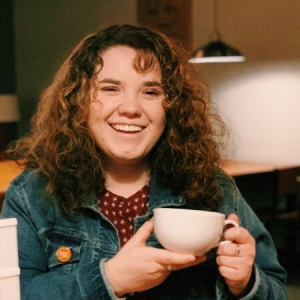 Hadley Duke is a writer, singer/songwriter, and coffee lover from Liberty, IL. She dreams of combining all of her passions to create the coolest coffee shop ever. When she's not writing or playing music, she enjoys laughing really hard, the Enneagram, and Harry Styles.
PrevPreviousBrad Peterson’s “Keepsakes in the Garbage” Is a Memorable Ode to Moving On
Next“Box” by redbook Takes Off Your Rose GlassesNext