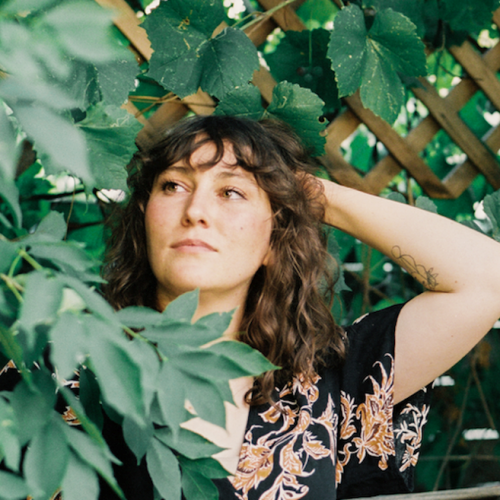 Music and lyrics have an ever-changing relationship, full of possibility. Sometimes, they are each other’s opposite — the lyrics are dark, but the production is upbeat, or the lyrics are lovely and moving but the production is more melancholy. There are also times when the two mirror each other, and they work together to create a cohesive experience that just makes sense to the ear.

“Python”, a single released in 2020 by Denver based singer-songwriter Claire Heywood, does the latter.

The song’s artfully crafted lyrics portray a woman unsure of herself, but learning to get out of her own way in order to achieve creative success. The production, in the spirit of self empowerment and moving forward, reflects this tone in its catchy and upbeat tempo. Heywood’s casually charismatic delivery of the lyrics is reminiscent of a less angsty Courtney Barnett, but her brassy and mature vibrato sets her apart.

The song starts with a head-bopping bass intro that continues to carry you throughout the track, before some intentionally held back but funky guitar riffs are added, and we hear the beginning Heywood’s poetic story:

My crown as a girl was a shining braid

I weaved into a python

I heard that a life was an empty page

That men will want to write on

In the first verse Heywood paints herself as an unapologetic feminist. She remarks that she transformed her young and innocent childhood “braid” into a python — in other words, in womanhood she gained an edge that allowed her to “bite” when necessary. Heywood also notes the message that all young women learn again and again: this is a man’s world, and men will “write on” whatever they want (which she stresses with her sarcastic repetition of the two words).

But in the chorus she goes on to assert that she’s got the tools to create for herself:

But I got a pearl and a nascent flame

And a box for those old idioms

I push my hand into the window pane

Pull the drapes around a dark room of my own

Here, Heywood informs us that she has the talent and fire within to fill that “empty page” herself, and that she has her own “dark room” in which to write as many have before her. This seems to allude to the classic writers, most of them men, who sat around in dark rooms musing and writing novels, music, poetry, etc. Heywood’s message is that she, and all women, are just as capable at creating as men are.

After the chorus, there’s an audible pause, as if to emphasize the jadedness that women feel in having to continuously prove themselves, before Heywood reflects on a moment of uncertainty:

Through the glass, there stretched a lovely plane

But who was I to glide across?

And even when I was alone

I thought I’d better keep the lights on

Heywood admits to questioning herself: who was she to try to “glide across” this “lovely plane” of creative opportunity? There is a lack of belief in herself in this sentiment. She also alludes to the fear of trying when she says she “better keep the lights on”, rather than enter that “dark room of her own” through which she accesses her art and abilities.

“Python” is an homage to the fear of trying at greatness, which girls learn at a young age is meant for men. In most fields, including music, men are praised more often and more highly than women. This likely gives them an innate confidence that women must find on their own. Thankfully, many women do find it, including Heywood. As she sings at the end of the song:

I got my finger to an empty page

That’s the page I yearn to write on

Boston University journalism student from Vermont with a particular interest in the fields of music and radio. I enjoy traveling, playing guitar, and spending time outside hiking, kayaking, and swimming.
PrevPrevious“Hey Coffee Eyes!! (I Think You’re the One!!)” by Mapleway: A Gripping Emo Demo
NextGuilt and Intimacy in Half Bath’s “Michigan”Next