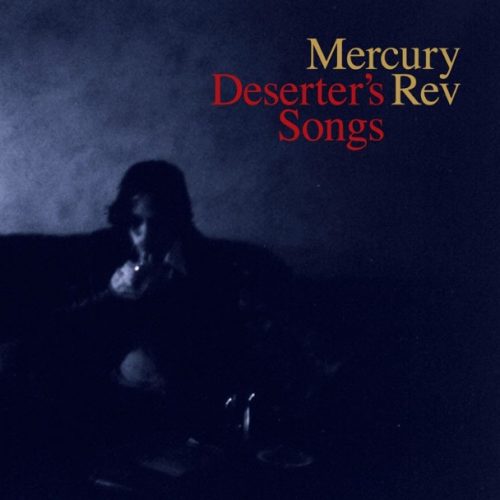 What kinds of things make you wonder? As you travel through life, what do you notice? Do you ever question why a bird would choose this tree instead of another in which to lay its eggs? Or why the dried up worm on the sidewalk didn’t have the wherewithal to stay in the dirt? These are questions that we don’t really need the answer to, yet still pop up in our thoughts from time to time. A human’s stream of consciousness is an ever-changing thread of words and images, from the simplest survival instincts to the most random thoughts or ideas about the universe.

In 1998 indie-rock band Mercury Rev released their album Deserter’s Songs which includes a track called “Holes” that takes you on a journey of one person’s curious stream of consciousness via psychedelic synths, a slow-and-steady rhythm, and the delicate yet gravelly vocals of lead singer Jonathan Donahue.

The song opens with prolonged, interweaving synths that elevate your mind into the realm of higher thinking. Eventually, the synths dissipate and Donahue’s raspy voice begins a rumination on existential observations.

Time, all the long red lines

That flow into your dreams

That can’t be crossed

That can’t be climbed

Of all those blinkin’ lights

You’d had to pick the one tonight

Like the thoughts themselves, the song’s lyrics are not repetitive — there’s not even a chorus that the band returns to after each verse. Instead, the song is made up of two very long and very differently written verses. Though the production is similar during both verses, and the vocal intonations do not really vary, the singer’s musings on time, nature, and people do.

A high-pitched, mind-bending synth twirls amid the rest of the song’s sound as we are led into the second verse:

Got telephones for eyes

Come to you as friends

All those endless ends

That can’t be tied

Oh, they make me laugh

And always make me cry

Of all the stones I throw

How does the old song go?

As the listener, it’s as if we have been invited into the singer’s mind, and are hearing his thoughts on the world: how they connect, what he feels about them, and how it’s difficult to make sense of the intricate inner workings of the world and subsequently our brains.

After this second verse, we are introduced to a long, surprising yet welcomed, trumpet solo that almost gives us time to consider all of these ideas we’ve just heard. As the solo ends, we hear the closing words:

That never work quite right

And with that, another long synth slowly fades into nothing, as we now sit wondering about all the beautiful and terrifying realities of this world.

Boston University journalism student from Vermont with a particular interest in the fields of music and radio. I enjoy traveling, playing guitar, and spending time outside hiking, kayaking, and swimming.
PrevPreviousMelissa Erin on “Settle On Down”, Her Influences, and This Whole Crazy Year
NextRetrospective Review: The Sugarcubes’ “Birthday”Next