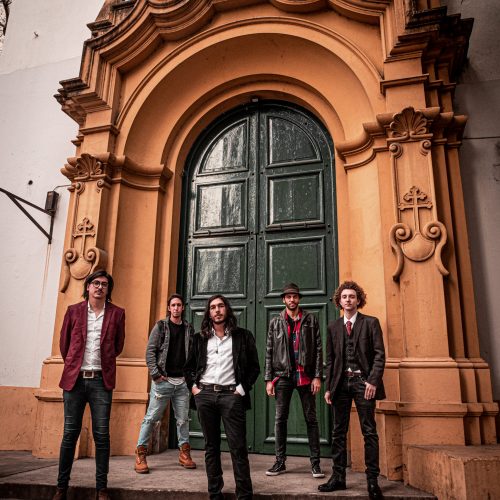 If someone were to ask me what one of my favorite aesthetics is, I would say southern gothic. The old, burned out churches with ivy-covered walls and decaying, mossy angel statues watching over the graves that would have long disappeared without their guardians, it’s all just fascinating to me. It’s why I like Johnny Cash’s songs about a hellfire and brimstone God and the newer song “The Hanging Tree.” While “The Hanging Tree” was written by author Suzanne Collins in 2010 for her book Mockingjay (far after the heyday of such music), it has the same stylings and feel as some of the classics from the genre. The same is true for the band The Atkins Tent Revival.

The band name “The Atkins Tent Revival” brings two things to mind immediately. One, the clear connection to the band Creedence Clearwater Revival. Two, the old school Christian preacher connotations of the name. For those uninformed, a tent revival is a type of religious gathering (most associated with Christianity) where the organizers set up a tent or canopy in an open field to preach the gospel. These normally go one of two ways: miraculous healing and speaking in tongues, or fire and brimstone teachings and mass baptisms.

I am only bringing this up because The Atkins Tent Revival, a solo project by Waco, Texas resident Ben Atkins, is trying to invoke that good old fashioned southern gothic aesthetic. The cover of their album, Getting Older, is styled like the mom and pop fruit stands or grocery stores you see in the south. However, it’s also a bit of a tongue in cheek reference, since The Atkins Tent Revival’s songs are anything but a slice of Christian, American apple pie.

First of all, Atkins is the only one that the band taps as an American native in their press material. The band is based in Buenos Aires, and most of the other musicians are from Argentina. Among the names are Franco Martino (guitar), Jonah Schwartz (mandolin, harmonica), John Goodblood (guitar, vocals) Juan Meisen (keys), Mariano Cukierman (guitar), Maximiliano Turco (bass), and Tom Gold (drums). The lineup is expansive, but more than their lineup it’s the material of their songs that gives the band its ironic name choice.

“Sailor’s Journey” sticks close to the band’s genre of Alternative Country, with a heavy focus on guitar and synth-styled keys. The lyrics are hard to understand, but vocalist Ben Atkins’ voice is strangely plaintive and evocative despite the garbled and indecipherable words he sings.

Yet despite this, “Sailor’s Journey” has a pleasant, relaxing vibe to it that really pulls it into a place very different than the pseudo-religious slant that my first impression of the band would have led me to believe. But that does not mean that this was a disappointment. Instead, it is a surprising and refreshing look at a different kind of music – and I really encourage you to give them a listen. 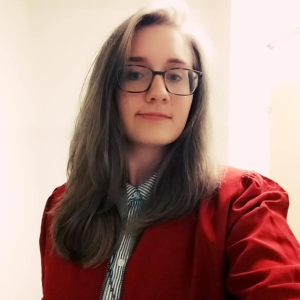 Rebekah is a storyteller first and everything else a distant second. Most weekends she spends her time writing stories for her friends and spending far too much time selecting the perfect soundtrack to accompany them.
PrevPreviousBest Baby’s “Get Mine”: An Anti-Capitalist Cri de Couer
NextAlone Zone’s “Bored”: Bored, But Far From BoringNext