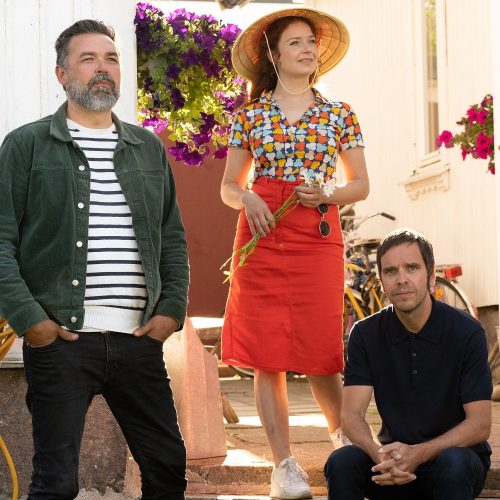 Some days we music lovers need a song that is really easy to listen to — a song that makes us feel good inside because its sound is upbeat, pleasant, and doesn’t provoke any deep sentiments from our minds. The kind of song I’m talking about has a professional and well-crafted production, but the simplicity of the lyrics (though they are well-written) allows us to relax and take in whatever scene may surround us.

Though the sound of “Still near” (the “n” is left lowercase intentionally) is so pleasant, the subject of the lyrics is slightly less so. Amidst the cheerful tone of the song, we hear lyrics that tell the story of a person entangled in a frustrating and confusing relationship:

And I don’t wanna see you again

It hurts when you’re around

And I can’t lose this feeling

You always drive me down

These lyrics are evidently negative, and depict a romance on the decline from the point of view of someone who seems jaded with this other person consistently making her feel low.

The lyrics then move from the verse’s theme of weariness and dejection into a chorus of confusion and desire to escape those gloomy feelings:

And when I hear you knocking on my door

I don’t know if you want more

Even though you’re still near

Despite the melancholy lyrical theme, the lighthearted feel of the song’s production seems to be an apt escape from this frustrating relationship — as it could be from anything that might make us feel down. From this point in the song, however, there is not much variation in the lyrics. Yet, the first quarter of the song is followed by pleasantly casual but catchy guitar and bass riffs that remain scattered through the rest of the tune, keeping it interesting and amusing.

Though the lyrics of the chorus are repeated often throughout the song, it seems to be an intentional choice by the group to reinforce the inevitability of the cycle of unhappiness within this relationship that the vocalist sings about. It also allows for that easy listening I mentioned earlier.

The simplicity and repetition of the lyrics do not take away from the quality of the song. Rather, these elements enhance our ability to lose ourselves in the ethereal sounds of the instruments and sing along thoughtlessly while cruising down a coastal road with the windows down, relaxing with friends by a campfire, or sipping coffee on the porch while looking out at the sunrise. That’s the kind of song I think “Still near” is supposed to be.