The Story of The Last Man Running’s “New Backyard” 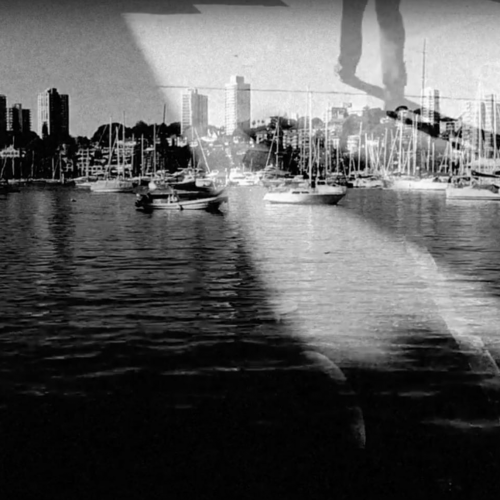 In their debut single “New Backyard,” The Last Man Running (TLMR) tells the true story of a young girl running away from home in Sydney, Australia.

With a folk feel and simple acoustic finger-picking, the TLMR team creates the perfect environment for the sad nostalgia to settle in. Attempting to get inside the mind of an adolescent and share her thoughts with the world proves no easy task. TLMR brought this character to life in unexpected ways.

What really does run through the mind of a child when they run away from home?

In the haunting words of The Last Man Running,

She will die just to make you cry.

Could this really be what ran through that girl’s mind in Sydney that day? Was she begging for someone to care enough to go looking for her? Is it possible she was trying to escape? Or was she simply looking for a new backyard where she could play a new game?

We may never know the real reason why the young girl ran, but we can appreciate The Last Man Running’s interpretation. In this melodic dream, TLMR utilizes a reverberation technique, creating a dissonance just strong enough to be uncomfortable. This discomfort reminds the listener that the pang of nostalgia created by the melody is nothing compared to the pain that losing a child brings. It wakes us up from the dream and reminds us of the cold reality that so many face — the runners and the seekers — all searching for something, struggling to grasp what feels so close but so far away.

In the end, some find the safety of home once again. Others find a new one to call their own. And still others continue their search for a new backyard.

I had the opportunity to ask The Last Man Running a few questions about their background and the production of “New Backyard.” Here’s what they had to say:

You’re a very new artist. How many people are on your team performing, writing, producing, etc.?

I recorded Last Man Running’s debut album alone in a rural house in the outskirts of Lisbon, with only a few microphones. It was written and produced by me, mixed by Diego Reis in Sydney and mastered by Steve Kitch in London. The piano and drum parts were played by Portuguese musicians, as well as the string quartet.

“New Backyard” has a smooth folk feel. Does it fairly represent your general sound?

I think it does. TLMR is all about finger style acoustic guitar and subtle atmospheres, which New Backyard has.

What’s the story behind the song? Walk me through the inspiration and writing process.

This song was written in Sydney while I was living there and is a true story of a young girl who disappeared for two days. The story really moved me because the city stopped to look for this 12 year old girl who ran away from her parents. I just tried to get into this girl’s head and this song is the result.

Let’s talk about your start in music. What about the industry first piqued your interest?

There’s nothing to love about this industry, but we need it if we want to make a living out of making music. I started playing guitar in high school bands and I never stopped since. Being successful is just irrelevant, I will be making music for the rest of my life.

What experience do you have in production and performing outside of “New Backyard”?

I am vocalist, guitarist and founding member of the Portuguese rock band Trêsporcento, with whom I recorded four studio albums from 2009 to 2017. In Sydney I had the chance to enroll in a Composition and Music Production course that lasted two years, and was during that time that The Last Man Running was born.

How would you explain your local music scene to someone outside of it?

Lisbon music scene is vibrant. We have an incredible number of independent bands based here, with amazing musicians and originality. Also there are amazing venues and big music festivals happening all the time.

With which artists do you most identify?

Lately it’s been hard not to fall in love with every new song from Mark Kozelek. I have on my everyday playlist names such as Lou Reed, Paul Buchanan, Mark Eitzel or Nick Drake. I have been listening to Lou Reed since I was born and he is like my “artistic father”, as I see him as one of the most coherent and creative musicians of all time.

What’s at the top of your bucket list, music and otherwise?

I am dreaming with an amazing Larrivee that I have seen on Ebay. I would also love to be able to turn the TV on and not be depressed with all the violence and stupidity we see all around the world.

What is your next goal as you continue to pursue your music career?

My goal was always having the chance to create music and play it live. I have been pretty successful in the past, so I just want to keep on doing it.

Needless to say, The Last Man Running’s outlook and musical style complement one another perfectly. We’ll be listening for the next story they tell. 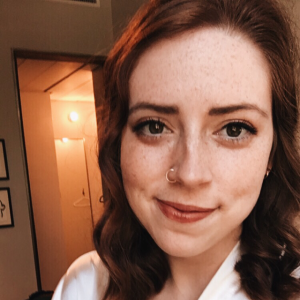 I'm a creative with a coffee addiction and a passion for words. Give me music, book, and movie suggestions and we'll be just fine. Big Oxford comma girl.
PrevPreviousBe Inspired by Nature with Leah Capelle’s “Walking with Giants”
NextThe Story Of Robin Kester’s “Disguise”Next