Thomas Austin – The Story of “Sister”

Thomas Austin’s songs usually check off at least one of two boxes:

1) They’re really freaking catchy.
2) They have something interesting to say.

His best songs do both.

Originally from Frederick, Maryland, Austin is currently writing from Nashville, Tennessee, as he works toward a Songwriting degree from Belmont University. It’s a pursuit that’s left him, as he admits, wide-open to jokes about his future employment opportunities, but it’s also the only thing he can see himself doing. And it helps that he’s pretty good at writing songs.

His latest songwriting venture is a recently-released three-song digital EP, titled Homemade Hiraeths. It’s a compilation of songs written over the past several years, and it represents both Austin’s reflection on his personal experiences over that time period and a choice of musical direction for him as an artist – he’s stepping towards a kind of acoustic pop that’s held together by synth-y bass lines, midi melodies, and the occasional 1975-esque guitar riff.

To Austin, the EP is another step in the songwriting journey that he’s been taking since he was young. For the rest of us, it’s a chance to enjoy the ride.

Two Story Melody had the chance to talk music and songwriting with Austin in the wake of the release. Here are his thoughts on songs, his approach to songwriting, and the story behind his song Sister, all presented unabridged in the transcript below for your reading enjoyment. And, of course, be sure to check out his artist profiles, linked here.

Why do you write songs?

Thomas Austin: I write songs because words and music are not enough individually. To truly express full emotion or thought, it takes a combination of the two. Writing words down – no matter how well-written or clever – can’t evoke the deep emotion of hearing the notes. In the same way, just playing a melody on guitar or piano – no matter how beautiful or catchy – can’t convey a thought the way a good metaphor or a clever one liner can. Songwriting is the art of combining the two quickest ways to a human heart, and since connecting with people is such a dire necessity for people to be content, there are few things more important.

When did you write your first song? What was it like?

Freshman year of high school. My brother had been writing songs 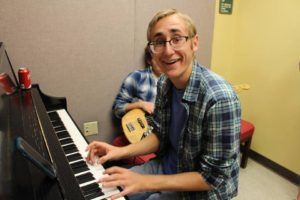 for a while and I guess we’re pretty similar, so when I first sat down and tried to write, it came somewhat quickly. I’m glad it took me that long to seriously consider songwriting, because I actually had something to say by then. It wasn’t a song that I would play now, but it was a good start, and it set the foundation for the style that I tend to write now.

What do you think makes a song “good”?

A lot of people disagree with me on this one. Since I go to a college recognized for its music and I’m majoring in songwriting, there are naturally a lot of people who put the weight of a song on its lyrics. I’m not going to completely refute that, but I tend to think that lyrics are secondary when I’m sorting a song into a category of “good” or “bad.” Songs are music, so a catchy melody, clean and purposeful instrumentation, and solid production should come first. If words were what made a song good, hit radio stations and my Spotify playlists would sound a lot different, and poetry would be more popular. That being said, I spend almost all my songwriting time on lyrics, because that’s the part people connect to; that’s what sticks with them. Melodies get stuck in a person’s head, but lyrics can go as far as to change somebody’s life. Good songs, first and foremost, must be catchy or at least situationally pleasing to listen to, but the best songs must be backed up with the best lyrics.

Do you think it’s more important to communicate an idea clearly or to convey emotion?

For me, I would rather communicate an idea. Nothing feels better as a songwriter than to have somebody tell you that they understand what you’re trying to say. My lyrics are often very personal opinions on things that I deem important, so it feels good to know that other people think they’re important too. Even if people have different ideas than I do on a subject, songwriting has been my most effective avenue for getting all my thoughts in one place and presenting them in a way that makes sense but asks for a response.

A song called “One Way Street.”

It’s the best song I’ve ever written, in terms of balancing out lyrical depth and catchiness. I love the main metaphor, and the chorus lyrics are the best way I could ever hope to describe the thought behind the song. There’s nothing more humbling than when love (or something like it) is given but not received. The song is about not getting ahead of myself, and that’s something I need a daily reminder of. Also, the song is just catchy, especially compared to a lot of my stuff. I had a friend tell me recently that they had it stuck in their head all day, which means I did my job.

When you’re writing a song, how much focus are you putting on your intended audience?

Not much. I know that I barely even have an audience, so I write to myself, my friends, and my family. If I think a song sounds good, I’ll play it for anybody.

Where do you get the ideas for your songs?

I’ll almost always start with a personal experience and come up with a metaphor for it, or try to put it into vague enough terms for people to relate to. Often though, I find myself, in the middle of the songwriting process, changing my thoughts on whatever I’m writing about, because I have to really think through every piece of every concept.

How do you create the melodies for your songs?

I don’t really know. They come naturally with the lyrics and chords. Only recently have I started thinking through my melodies, and it’s by far the hardest thing to think through. It’s hard to be original and catchy, so the less I overthink it, the better things usually go melodically.

When you sit down to write a song, where do you start?

I usually start with a concept, build a metaphor around it, and go from there.

It varies. Always between 30 minutes and 2 hours. I’m my own worst critic, so I’ll write and rewrite lines for a while. If it’s not going well after 2 hours, it’s not going to be a good song, so I scrap it. Sister was actually the only song I can remember writing so quickly, taking about fifteen minutes. And it still ended up being pretty lyrically and musically sound, which is an anomaly.

What was the first part of Sister to be written?

I had the acoustic guitar riff for a while.

Once you had that part, how did you build up the song? How did the final arrangement come together?

As soon as I had something to write about, the rest came together quickly. Still, the studio production was a series of trials and errors, but I had the sound in my head and my engineer was patient with me. I wanted an ambient sound but wasn’t willing to get rid of the original choppy riff, so it took some brilliant arranging and mixing, mostly on his part, until it took its final shape.

What idea inspired the lyrics?

I had a friend who texted me one night and told me that she wanted to run away. On the surface, she was one of the happiest people I’ve ever met – but just on the surface. Inside, she was always anxious and hurting, and the more I’d gotten to know her, the more I realized how deep the problems went. Naturally, I have the trait of wanting to help people whose problems are above my capability of solving, and this song was written out of that feeling. I knew that her brokenness wasn’t something I could fix with any amount of encouragement, or something that she could fix with any amount of worldly pleasure or pain. Change that drastic only comes through the grace and righteousness of Jesus, and this song was written from his point of view (as well as I can understand that infinite concept). He doesn’t claim to be above her suffering, but instead took it upon himself and offers a way out. The song is a lamentation more than anything, written about a girl who just never quite understood what salvation really offers.

How did you know when the song was finished?

I wrote it sometime in early high school, and finished it in about fifteen minutes. I didn’t play it for about two years, because I thought it was too personal and sad for anyone to relate to or enjoy. I finally ended up playing it for some close friends when we were sitting around a campfire, and they loved it more than I ever did. The next day, I perfected the riff and the lyrics.

What do you want listeners to take away from the song?

I’m not really sure. I’ve had a few people tell me that it really spoke to them, putting themselves in the place of the girl and really relating to it. I guess relatability and hope are the main two things I want people to get from it.

What advice would you give to songwriters? 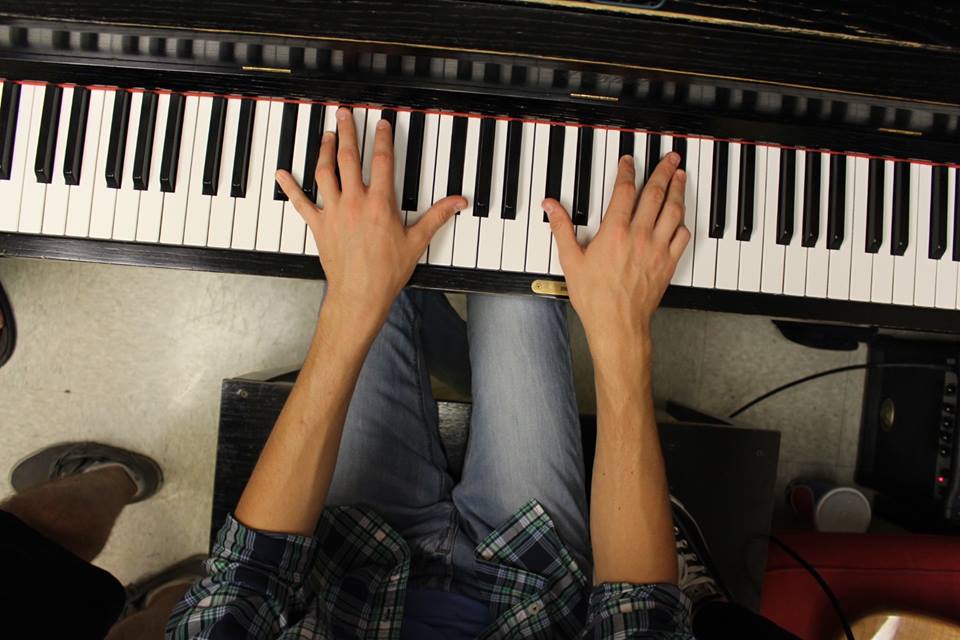 I feel like I’m not in a position of being able to give advice, since I’m just barely able to write a song if I sit down wanting to. I guess I would say the most important thing I’ve found is that focusing on just the lyrics or just the music will either slow down the process or make it stop altogether. To write a cohesive song that has lyrics in agreement with the melody, it’s best to write it all together. Also, four chords is almost always all you need. People want to know how they can relate to you, not how much you know about music. Obviously there’s exceptions, but if you mainly make music to show people the fancy chords you know, you’re missing out on what music really has to offer you and them.

Maxx Marshall – The Story of “Horticulture”

Eighty Ninety – The Story of “Your Favorite Song”

Chatting with Jared Celosse About “Hold”

“Evil Elephant” by TTRRUUCES: Down the Rabbit Hole...