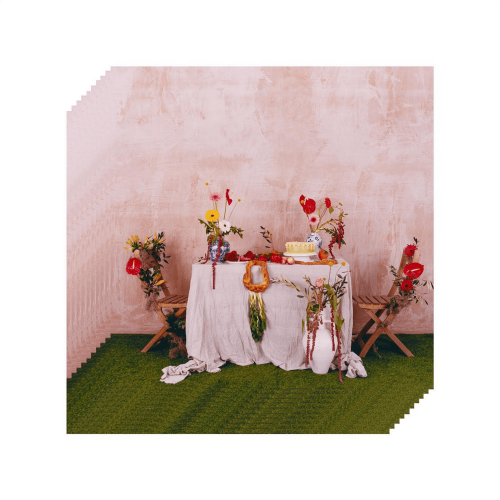 A wash of synth strings and feedback noises introduce you to “TV Dinners” by ALASKALASKA and are almost immediately cut off by a piano over the chattering beat as the proper introduction to a track that’s perhaps more contemplative that some of their other songs.

Deep bass repeats the piano notes and Lucinda Duarte-Holman starts to sing with space to spare, the words delivered in a fairly free-form way, enveloped in echo. And the meaning? Well…

It’s tempting to try to get in the head of music-makers and try to imagine the motives behind their creative actions and this song is an interesting case in point.

What is the meaning behind these words?

Bedrooms, trees, window views, shadows and light and space between people. A relaxed contemplation of a lazy afternoon at home with someone perhaps? Or something heavier?

Thanks to the way it’s sung, there’s a faint air of uncertainty or ambiguity as to what is going on but it’s intriguing. There’s a tension there in the words that isn’t necessarily noticeable if you’re just enjoying the sound of the track.

And then the sound of synthesized siren sounds, the music opens up like a flower and the chorus repeats like a mantra:

TV dinners, not the news

TV dinners, not the news

Another TV dinner, not the news

TV dinner, not the news

And now I’ll confess to being adrift in the middle of it all with loads of possible meanings going through my head and none of them sticking convincingly.

A comment on what’s going on in the world, or that people would rather watch the equivalent of TV dinners than the news, or the couple from the verse settling down for the evening meal and avoiding the news?

But the music is gentle, hypnotic and really addictive so you just sing and tap along and let the meaning go.

In the second verse, the words darken the air of enjoyably mesmerizing repetition further:

With politics of knowing

What once was bliss

Becomes a certain kind of ignorance

Watched from the sidelines

Guilty for enjoying this life

Has the previous relationship that was hinted at been damaged further? Her voice falters during the word ‘bliss’, perhaps on purpose and towards the end of the verse, the skittering, restless electro sound seems to build ready for another chorus but this one drifts into the distance in reverb, bells and acoustic guitar, no clearer in intention than the rest of the track but beautifully satisfying as a listening experience.

“TV Dinners” is a successfully programmed mix of tension and blissful mood, moments of waiting, and gentle trip-ups, delicate moments of mood and pause, shadows and light, that bears deeper investigation and repeated listens. 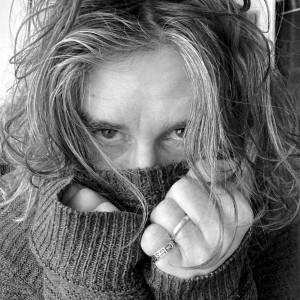 Graeme is singer songwriter with the band Coosticks, an illustrator, and a part-time dreamer from the south of England. He’s usually at his best after 10.30am and at least three cups of tea.
PrevPreviousJett Foreman’s “Can We Be the Ocean?” Is Fit for a Movie Scene
NextBonnie ‘Prince’ Billy Visits the Confessional on “I See A Darkness”Next