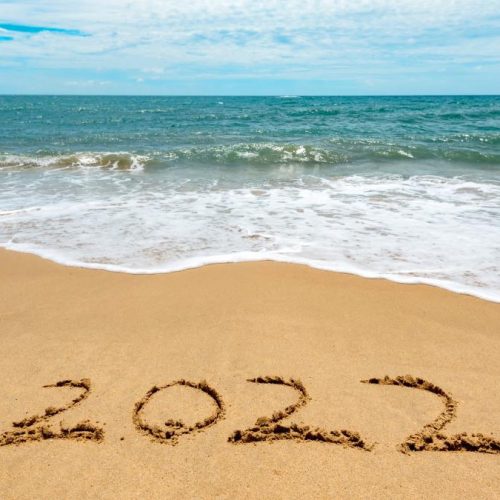 There were, of course, a litany of disappointments. For a moment, the pandemic seemed like it might have been vaccinated into submission, but it struck back with two absurdly contagious variants. This was made possible by an ecosystem of far-right misinformation, which encouraged millions to offer a hearty “let’s go Brandon” to public health and democratic norms. Sweeping change was stymied by conservatives, both in the Senate (with the help of two messy Democrats who live for drama) and in the Supreme Court (which, Christ, I don’t even want to think about.) On a personal level, one of my musical heroes died from a tragic fall in January; then, in December, one of my literary heroes died of Parkinson’s disease. 2021 was not what any of us hoped for.

But it was something. Even with Delta and Omicron, vaccines allowed for some semblance of normalcy, and upcoming antiviral pills may help end the pandemic for good. There was a terrifying attempt to overturn the 2020 election, but it failed: Joe Biden became President two weeks later, and he will remain President for at least the next three years. And, of course, there was music: good music, thoughtful music, live music. Artists could perform live again semi-comfortably, and the new material was as strong as ever. In one way, music was back; in another way, it never left.

Here are some of our favorite songs of 2021, as well as some excellent songs from artists we’ve interviewed here at Two Story Melody.

For over twenty years, Low has been a slowcore institution, making hushed, almost hymnal music to soundtrack catatonic depression. Even when their music was at its lightest, there was always a weight to its atmosphere, like a tree groaning beneath the weight of snow, trying to keep itself from collapsing. On their last two albums, Double Negative and HEY WHAT, that emotional heaviness manifested musically. Alan Sparhawk and Mimi Parker still harmonized mournfully, but now they were surrounded by crushing walls of guitars, as indebted to Sunn O))) as My Bloody Valentine. It was a radical reinvention, and it produced great music–especially on HEY WHAT’s opener, “White Horses.”

After an extended intro of swirling, buzzsawing guitars, the noise suddenly transforms into a glitchy, stuttering synth note, its urgent sound instantly conveying the gravity of the situation. “The consequences of leaving/would be more cruel than if I should stay,” Sparhawk and Parker sing, hinting at their emotional dilemma before enigmatic “white horses” arrive to take them home. Soon, the guitars return with enough force to pulverize concrete, and the vocals grow steadily more desperate to be heard over the din. Depression has taken on a mythical grandeur, and as the song glitches to an end it’s clear there’s no going back.

2. “Better Than I Know Myself” by Del Water Gap

Xana’s queer pop-hit “Kitchen Light” is a white-hot anthem for the highs and lows of first love. The 25-year-old artist hails from Vancouver and first wrote the song during early quarantine. Since then, the song has gone viral on TikTok and found a passionate community of listeners. Xana’s dark, brooding voice swings between soaring joy and snarling despair on the track. Her vocals are set over glittering, emotive instrumentals à la Taylor Swift and Bleachers.

“I really wanted to write a song that was about that specific time in a relationship when things are good and exciting and new,” Xana says of the song. “It’s about my first relationship with a woman, so emotions were high. To me, it’s a happy song. It’s a bit bittersweet, but I feel happy when I listen.”

Michelle Zauner isn’t exactly known for writing upbeat, cheerful songs. For most of her career, the Japanese Breakfast lead singer has made a name for herself by composing numbers that adroitly describe the grey and sunless landscapes of loss and grief. Equally piercing and disarming, and with a degree of honesty that almost comes off as self-sabotaging, Zauner’s compositions notoriously and unequivocally renounce the mere notion of joy or a happy ending. And yet, it’s an undeniable spirit of exuberance that acts as the catalyst for the ebullient and triumphant opener, “Paprika,” from her curiously-named third album Jubilee.

An irresistibly dulcet chamber-pop march, the song showcases Zauner in a strange and unexpected moment of rapture, seemingly coming to terms with a heavy and immensely personal realization. Flanked by soaring and mellifluous horns, stirring string arrangements, and a bullish and unwavering snare drum, we find the singer confidently standing outside of her element, waxing increasingly poetic on the unique privilege and enormous fulfillment found in the creative pursuit. This numinous epiphany–and the undeniable ecstasy Zauner derives from it–is eloquently explored through inner dialogue during the song’s climactic chorus as Zauner asks herself: “how does it feel to be at the center of magic/to linger in tones and words?/projecting your vision to strangers who feel it/ who listen who linger on every word. Oh, it’s a rush,” she replies immediately and without a hint of hesitation, her voice washed by a rushing current of horns and cymbal crashes; her spirit gliding far above the song’s last note and suspended in a moment of ineffable bliss: an awestruck witness to the indescribable force behind the act of creation.

Joe is a writer, a critic, a musical omnivore, a Long Islander, and a bundle of anxiety. He's dreamed of making a career as a writer since he was a child, which explains why he didn't dream of something a little more practical.
PrevPreviousVaca Sagrada on “Border Song,” Cormac MacCarthy, and Their Cinematic Sound
Next“Time Machine” by Jana Horn Perfectly Embodies an In-Between StateNext