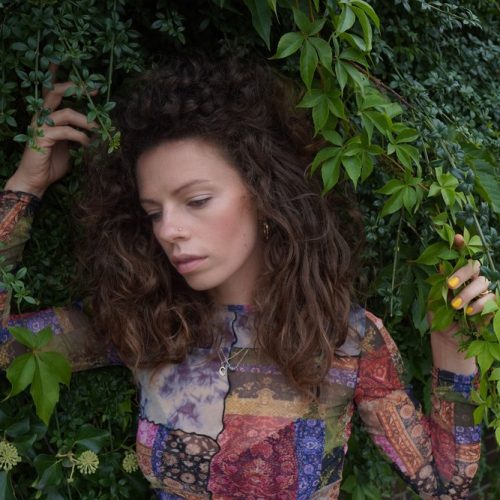 Nature is a prevalent theme in the arts: we love to write, sing, paint, and think about it. We often compare our emotions and experiences to natural phenomena in order to represent our ideas more poetically. And no idea is more often expressed in art than that of love lost or found.

“Water”, a recent single from London-based jazz singer Charlotte Lansman, is a fitting example of an analogy between love and nature. Throughout the song, we feel as though we are floating through the water with her as she sings of pain caused by a lost love.

The song opens with a jazzy, seductive instrumental beat, only enhanced by Lansman’s husky vocals. The melancholy production of entrancing, delicate synths – and the honest lyrics – create an unmistakable sense of a woman adrift.

I can’t hear you breathing

I awake to find you’re gone

The air hangs thick with memories

I start to breathe

In the second line we already see allusions to “water”, which begin to invoke a sense of deep emotions, as the ocean itself is the deepest thing we can imagine. It seems likely that the person she “can’t hear breathing” was very important to her, as she awakes to thoughts of them, and has to remember to breathe herself.

As we arrive to the chorus, the music builds and horns are added in the mix which effectively serve to increase the sense of drama and feeling in the music:

I close my eyes and start to flow along the water

The water gently takes me out into the sea

As the melody carries us through the stream along with her, Lansman is describing the process of moving on from this person as well as the sadness associated with them. She gives into this process when she closes her eyes, and the obstacles (“rocks”) that used to be in her way now move aside for her as she realizes this person’s arms no longer mean warmth. Then, she drifts out into the sea – the most liberating expanse of nothingness we know – toward freedom.

There is a moment in the song, however, when Lansman seems to succumb to the melancholy before she is able to reach that freedom:

My chest is tight

I start to breathe

In this interruption, for a moment, Lansman is “drowning” in this loss. However, it doesn’t last long as she once again flows out into the sea during the chorus.

We know she’s finally liberated when she sings:

And I drink the water

And I feel free

All the words I hear out there

Mean nothing down here to me

The sounds and reflections in this song exude a watery smoothness that emphasizes the metaphor of water throughout. Lansman’s “Water” is a provocative, moving, and accomplished piece of art that seemingly rings true to its intentions.

Boston University journalism student from Vermont with a particular interest in the fields of music and radio. I enjoy traveling, playing guitar, and spending time outside hiking, kayaking, and swimming.
PrevPrevious“Crying In Your Sleep” by Iska Dhaaf Reminds Us To Let Go
NextA Blend of Power and Simplicity in Isobel Campbell’s “Together”Next