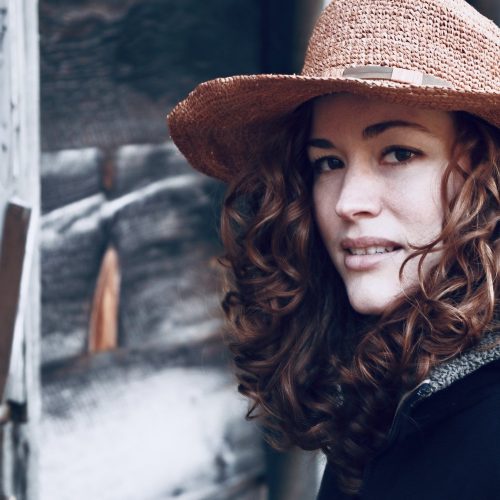 L.A. based singer-songwriter Megan Brickwood’s song “You’ll Never Know”, from her 2020 EP Where the Wind Lays Heavy, is sultry, moonlit folk that recounts the lament of love lost. The song opens with wistful guitar strums, eventually accompanied by subtle, rattling percussion. Brickwood’s resonant, effortless vocals then begin to tell the story of the battle between her and heartbreak:

I get lonely in the dead of night

When the moon is bright

And the wind howls for you

Right from the start, we see allusions to nature. Brickwood effectively ties her emotional experiences to the elements, and natural phenomena.

I hear you singing in the willow tree

So sweet and soft

It brings me to my knees

These lyrics reveal the depth of her loneliness — she is so longing to hear from her lost one that she hears them in the everyday sounds of her setting, and once she does, she can’t even remain standing.

Brickwood fully admits her melancholy when she sings:

I’ve been creeping in the riverbed

Laying down my sorrow

On that icy winter’s edge

The reference to the cold evokes the feeling of isolation that the dead of winter can instill in people, and serves to emphasize her own isolation from this person. Her voice lingers on the “edge”, as if to predict the change of the music for the chorus.

The world keeps on turning

And I’m climbing up that hill

And a hard dream to kill

As though determination has stirred something within her, Brickwood’s voice shifts a little deeper when singing the chorus. As the guitar and drums build in momentum, so too does Brickwood’s need to remove herself from this sorrow, and reach the top of this metaphorical hill. Because, as she points out, whether or not she can pull herself out of the sadness, the world will continue to move on around her.

In the next verse, we learn a bit more about her relationship to this person she misses so dearly.

We made our home

Under a moonlit sky

Where the river runs

But now its running dry

Brickwood describes a time when she and her love were together, when the home they made together was fruitful and happy (i.e. when the river flowed). But, without them, this place is becoming barren in the shadow of what it once was (the river, perhaps the river of love, is no longer flowing).

The song’s second chorus plays, as we contemplate this new information, and the difficulty she is having dealing with this loss on her own. Brickwood poignantly ends this second chorus the same way she ends the song (after a short, thoughtful, and melodic guitar solo):

Oh I still love you and you’ll never know

Boston University journalism student from Vermont with a particular interest in the fields of music and radio. I enjoy traveling, playing guitar, and spending time outside hiking, kayaking, and swimming.
PrevPreviousJosh Fudge on “FEEL LIKE,” Inspiration, and His Future Ambitions
NextThe Best Merchandise Services for MusiciansNext