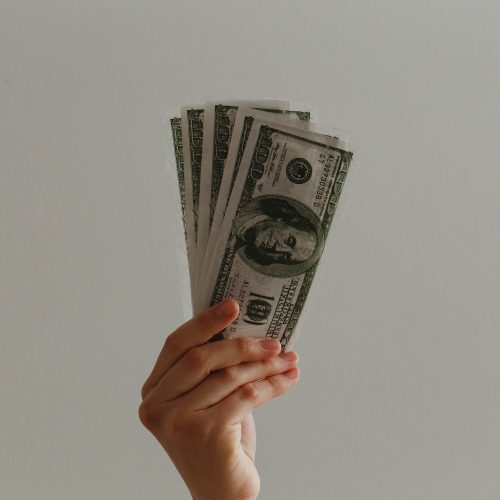 Let’s start the conversation with this sad fact: Most musicians don’t make a lot of money.

How much money do musicians make, exactly?

Well, based on responses from 75 artists, the average musician made $12,200 from music-related activities in 2022.

And, unfortunately, that’s probably overstating things, because our survey data was buoyed by a few outliers at the upper end of the scale. The median income of artists, according to our data, is exactly $1,000. So, eighty-three bucks a month – or, to put it in terms of a normal paycheck, one entire paycheck away from quitting the day job.

There are some nuggets of hope, though. Based on the numbers, there is a pretty clear path toward earning a sustainable income as a musician, and it starts with the words “you should play live shows.”

But, as per usual, I’m getting ahead of myself.

Let’s backtrack just a bit, and I’ll give you some of the context behind the data.

The context behind the survey

(You can skip this if you just want to get to the numbers.)

Last year, I was trying to write something about musician income streams – I forget what my point was, exactly, but it was something to the effect of “everyone knows musicians are broke, am I right haha!” – when I realized that I had no good stats to base my argument upon.

I think I googled “How much money to musicians make?” and found results like these:

That first result (what Google calls a “featured snippet) is from ZipRecruiter. Apparently, they base their data on “employer job postings and third party data sources,” which, to my eye, seems pretty unhelpful; it’s heavily impacted by jobs that pay traditional salaries, and I don’t think it accounts for streaming royalties or merch or tickets or basically any of the income streams that most indie musicians rely on.

The second result, from OutPut Mag, was published in 2016 and basically reiterates interesting data from a cool survey that was conducted in 2011.

And as you can probably tell from the description under the third result, Music Industry How To’s answer is too vague and disjointed to be helpful; they reference a Rolling Stone article that references a MIRA survey from 2018 that I can no longer find anywhere online, and they go into detail about how many Canadian dollars Ed Sheeran made that same year (which is such a random point of discussion that it’s actually kind of great).

Anyway, I dug a little bit more and couldn’t find anything I felt comfortable citing, and I was on the point of just scrapping the whole thing.

And then I thought to myself:

“Hey, I have an email list filled with musicians… why don’t I just ask them?”

So I did. And that’s how the Musician Income Survey was born.

You can read about last year’s results here, but you should take them with a grain of salt; I got 25 survey responses, so the data was super limited.

This year, I ended with 75 survey responses. (If you were one of them, thanks so much – it really is appreciated!)

Quick breakdown on the data set:

There’s a decent range of musicians represented here – but you should still absolutely take this year’s data with a grain of salt, because there’s no way that 75 musicians from my email list are representative of all artists around the globe. Still, I do think there are some pretty clear (and interesting) takeaways from the limited data set that we’ve got.

Okay, with that long and probably unnecessary backstory…

Let’s unpack how musicians made money in 2022

I’ll start by showing you the actual Google survey charts to some of the most compelling questions, and then I’ll offer my (amateur) analysis.

Check this stuff out…

What are the most common musician income streams?

As you can see, streaming royalties are far and away the most common source of income for musicians; 74.3% of respondents made money from streaming this year.

This makes complete sense; if you’re making music in 2022 , you would have to keep your songs off of streaming platforms entirely (or just avoid putting any music out) to avoid streaming royalties.

Live performances are the second most common source of income, while merch sales are a fairly distant third.

I noted this last year, and I’m struck by it again this year: I think it’s particularly interesting that crowdfunding is such an uncommon income stream. I’ve been a proponent of Kevin Kelly’s “1,000 True Fans” concept for awhile, and crowdfunding is often pushed by marketers as one of the best ways toward achieving that vision. I still think Kelly’s model makes sense, but I’m increasingly convinced that straightforward crowdfunding isn’t the way to implement it.

Okay, onto the next one…

What are the most lucrative income streams for musicians in 2022?

This is where things get really interesting.

Live performances are, far and away, the most common top income stream for musicians in 2022. In second place are streaming royalties, and in third place is teaching lessons.

Like I said at the top of the article, I think there’s a pretty clear path toward earning income as a musician: You play more shows.

How much money do musicians make?

And here’s where things get kind of sad.

The takeaway: Most musicians on my email list are making virtually nothing from their music.

If that’s you, two thoughts:

In the last section of this report, I want to take a look at the top earners – because, when you filter the data to focus on how they’re making money, some pretty clear patterns evolve that are probably worth imitating.

So what’s it all mean?

The most obvious takeaway, at least in my estimation, is that live performances are the clearest path toward earning a livable income as a musician. It seems like the other viable avenue is to teach lessons.

Outside of those two options, the data suggests that it’s pretty hard to generate enough income to live on by making music.

If you’re a bedroom artist – making music in your home without any desire to tour – this is probably a discouraging thing to hear. I’m in that boat, myself. Again, take the survey data with a grain of salt; I know for a fact that there are musicians out there who don’t play live but who do make music full-time, so it’s definitely possible. But without live performances to lean on, it does seem like a clear uphill battle to become a full-time musician.

If you are open to playing live, then this is your kick in the pants to do it more often. Social media followings are great and Spotify royalties are nice, but live performances are the clearest path toward making this a full-time gig. Arguably, your marketing efforts should focus toward making more profitable gigs happen. Live streams, house show tours, local bars – get out there, however you can.

Last thought on all of this: I know this whole exercise has probably been a little discouraging, but I want to leave you with a word of encouragement, because I firmly believe it: Music matters, whether or not you make any money from it at all.

Most things are means toward ends, money certainly included. (The main reason money matters is because it gives you the freedom to do things like make music.)

Music is not most things.

Whether you ever make a cent from your songs, your music is its own end. It’s worthwhile in and of itself.

Thanks for reading the 2022 Musician Income Survey. I hope that this year’s data helps you chart next year’s path.

Most of all, as always, I hope you keep making meaningful music.

Two truths and a lie: Jon loves understanding how songs are made. Jon once attempted to swim across the Pacific Ocean, but only made it to Hawaii. Jon was the stunt double for Sandra Bullock in the films Gravity and The Blindside.
PrevPreviousLuke De-Sciscio releases the motivational folk track “I’ll Die A Little”
NextJett Foreman’s “Can We Be the Ocean?” Is Fit for a Movie SceneNext 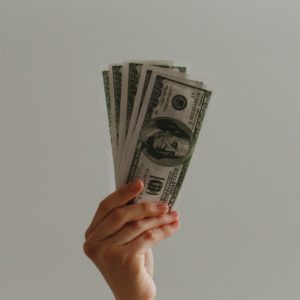 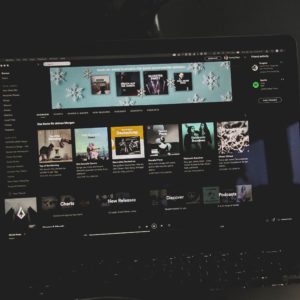 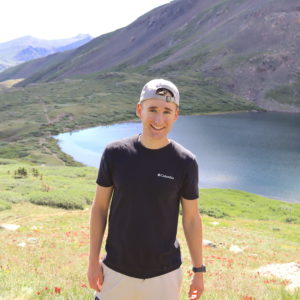