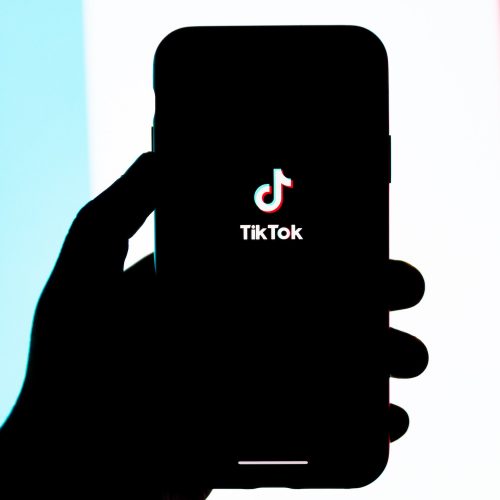 Short answer: Yes. And no. It’s the easiest platform to go viral on in 2022. It might be the worst way you spend your next three hours. The value you get from Tik Tok is up to you.

So, yeah, I used to kind of hate Tik Tok.

If you’ve been with me for a while (or if you’ve read my book), you may have heard me passive-aggressively deride the social app before, sometimes (most times) with unnecessary snark.

It was an okay idea. So I went with it.

After a few years of careful consideration, here are the two sides of Tik Tok.

A: Nothing is good about Tik Tok.

It’s mostly dumb, it’s not even that funny that often, and it’s a near-certain sign that our society is dying and you should stock up on canned beans and powdered milk and maybe Twinkies because the end is nigh.

In all seriousness, here’s my subjective answer: From a musician’s perspective, there are two very good things about Tik Tok.

1) It’s currently the platform on which it’s easiest to go viral.

The potential for virality is partly due to the fact that Tik Tok is still in the early stage of audience growth.

Translation: When you post something, there’s a decent chance that people who don’t follow you will see it.

The potential for virality is also partly due to the fact that Tik Tok is brilliantly designed.

The feed is incredibly addicting; you can scroll through it forever and it only seems to get more interesting, because you’re continually exposed to new creators based on what you like / follow / engage with (and the algorithm is wicked good).

And, maybe most importantly, the medium itself – short-form video content – is like crack. It’s super stimulating. It’s awesome for collaboration. And Tik Tok has made it ridiculously easy to for people to pump out content by investing in a wealth of tools, filters, etc. that make creating videos and collaborating on them as easy as falling asleep.

(I think a subpar suite of creator tools might’ve been one of the things that caused Vine to die, fwiw. RIP.)

This brings me to my next point…

But Tik Tok is absolutely tied to music.

When you think Tik Tok, you probably think “dance videos” or “lip syncing” or maybe now “duets” or “open verse challenges”. All of these things are built on sounds. Most of them require music.

The platform is a remix machine that literally doesn’t make sense without music.

Tik Tok was designed, like no social media platform before it, with music in mind.

Now, as I’ll argue below, I don’t happen to love the purpose that Tik Tok ascribes to music. But I can’t argue with the fact that Tik Tok was designed for music to be part of the medium.

There’s a coolness to this. And if you’re so inclined, you can absolutely take advantage of it.

(This isn’t the email where I break down the how-tos of Tik Tok growth, but there are plenty of good resources out there. Maybe start with BrandMan Sean.)

So, should you take advantage of it?

Well, here’s the other side of the coin…

For all of my snarky passive aggressiveness, I really only have two main complaints against Tik Tok. They are…

I only have so much time left. I try really hard to be intentional with how I spend it, and Tik Tok seems brilliantly designed to suck me down rabbit holes.

Case in point, I just spent 17 minutes flipping through different versions of the song “WYD Now” by Sadie Jean because I clicked a link from one of BrandMan Sean’s videos and then couldn’t stop watching.

I didn’t want to spend 17 minutes doing that, but here we are.

Books have back covers. Movies have ending credits. Even Instagram has that little checkmark that says “You’re all caught up ✅ ” so that you know you’re done (I love that thing).

But there is no end to Tik Tok. It’s bottomless. It’s a vacuum. It’s a black hole.

As a user, that makes me anxious.

Sure, I can set time limits – but the platform seems built for me to blow through them. I think that’s bad.

2. Short-form video can strip the meaning from music.

I don’t like Tik Tok because I think music matters, and I think compressing music into 10-second segments is, in general, bad.

But, also, most of the songs that go viral on the platform do so on the basis of one stupid-catchy chorus.

And I think songs should be more than one stupid-catchy chorus.

To my mind, Tik Tok is like the antithesis of “music with depth”.

It’s made to present music in the shortest, catchiest format possible – and while that’s conducive to virality, I don’t think it’s conducive to delivering depth and meaning.

The final takeaway on Tik Tok / here’s where I land…

​I think, at the end of the day, if you enjoy making Tik Tok videos, you should absolutely make Tik Tok videos. It’s a very legitimate (and efficient and maybe even fun) path toward making music your career.

But if you don’t like making Tik Tok videos, don’t worry that you’re missing out on something.

Pick one or two platforms. Ignore the rest. You don’t have to be everywhere and do everything. You just have to be consistent.

You just have to do you.

All right, I’m gonna do me and get back to watching Tik Tok for the next two minutes / four and a half hours.

Thanks for reading, and good luck.

Two truths and a lie: Jon loves understanding how songs are made. Jon once attempted to swim across the Pacific Ocean, but only made it to Hawaii. Jon was the stunt double for Sandra Bullock in the films Gravity and The Blindside.
PrevPreviousReleasing Singles vs. Albums: Which Approach Is Better?
NextThe 10 Best Music Business Blogs to Follow in 2022Next