Why I Gave My Friend Really Unhelpful Feedback 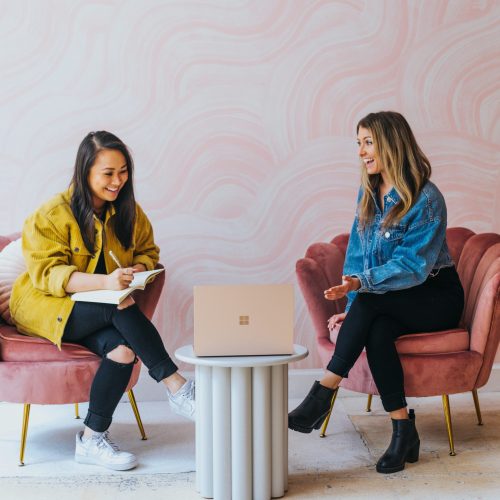 Yesterday, my friend Harry texted me:

“I have a mentorship meeting then. I’m required to bring someone who’s been an influence on my academic journey and I just had someone else fall through. Any chance you could fill in?”

There was a chance.

And so, today at 9:50am, I walked into the Denver Seminary administrative offices and shook hands with Harry’s mentor and supervisor (neither of whom I’d ever met before) to give the group my thoughts on Harry’s academic progress (a topic on which I had no opinion).

I’ve literally never been in a class with Harry.

Because, you know, I’m not a student.

But I am his friend. And he needed a guest to speak to his personal growth as a student. And I was free.

So there I was.

Harry’s supervisor (a kind-looking woman named Susan who frequently offers an affirming “Mmmmm” when other people talk): “So, Harrison, could you tell us the area in which you pursued personal growth this semester?”

Harry: “Well, I focused on ‘assertiveness’. To grow in that, I practiced valuing my own ideas and time…”

(Harry keeps talking but I kind of zone out.)

Susan: “Thank you, Harrison. Jon, as Harrison’s friend and academic influence, have you seen him grow in assertiveness this semester?”

(The group waits for me to elaborate.)

Susan: “Okay. (Turning to Harry’s mentor) And what about you? Have you seen Harrison grow?”

Harry’s mentor (a man named Caleb who looks a bit like a well-meaning-but-stern praying mantis): “To be honest, I think Harrison still has a lot of growing to do. There were plenty of times when I felt like I was the one driving his mentoring program.

Caleb (turning to Harry): Harrison, I would say you’ve made progress, but you need to continue to be intentional in taking ownership of your activities. Otherwise, your apathy will come back to burn you in your academic career.”

Harry: “Thank you for the feedback, Caleb.”

Susan: “Harrison, you wrote here that you feel one of your weaknesses is time management. How has this impacted your ability to be assertive?”

Harry: “It’s all kind of interrelated. When I’m not assertive, I don’t say no to things, and so I end up taking on too many commitments at once…”

(I kind of zone out again.)

Susan: “Jon, how do you think Harry has grown in managing his time?”

Me (startled, but not as sharply as the first time): “That’s a good question.”

Me: “I definitely think Harry has grown in managing his time.”

Me: “It’s definitely been something he’s worked at.”

Caleb: “If I can jump in here, Susan – I’d say that while I’ve seen some improvement in Harry’s time management skills, I also think that he still has some significant barriers that he’ll need to overcome in order to succeed in academia.

Caleb (turning to Harry): “I appreciate the work you’ve done, but you have to acknowledge that you can’t do it all yourself. I would recommend intentionally pursuing a community to hold you accountable to your commitments.”

Harry: “Thank you for that feedback, Caleb.”

Me (internally): “I don’t like Caleb and I shouldn’t have come here.”

Why am I sharing this weird interaction with you?

For one (and tbh this is the real reason), because it’s been on my mind all day.

But, for another, despite all of its weirdness, I think this was actually a pretty helpful exercise for Harry.

He got unfiltered feedback on his progress from people who had valuable perspectives.

Unfiltered feedback can unblock your blindspots. I think that’s probably helpful in all areas of life – including with your music.

It’s crazy the amount of submissions I get from people who are clearly blind to some element of their artistry. Maybe they mixed everything themselves and it’s obvious (and not in an artful way). Maybe their cover artwork is a blurry, dark picture of a mechanical pencil. Maybe it’s something else.

Sometimes, we need other people’s perspectives.

Getting feedback is hard, but it helps. Feedback creates clarity. Clarity leads to growth.

So, maybe today, make a list of people whose opinions you’d appreciate, and reach out to see if they’d be willing to give feedback on your music or on your marketing. Maybe join a Facebook group or a Discord of like-minded musicians and request outside perspectives.

But, keep one big thing in mind: You’re going to want to make sure that they know what they’re talking about.

Feedback is better that way. Trust me.

Two truths and a lie: Jon loves understanding how songs are made. Jon once attempted to swim across the Pacific Ocean, but only made it to Hawaii. Jon was the stunt double for Sandra Bullock in the films Gravity and The Blindside.
PrevPreviousRuth Radelet’s “Crimes”: A Test of Moral Limits
NextCARRTOONS on “GROCERIES,” Production, and His Upcoming AlbumNext