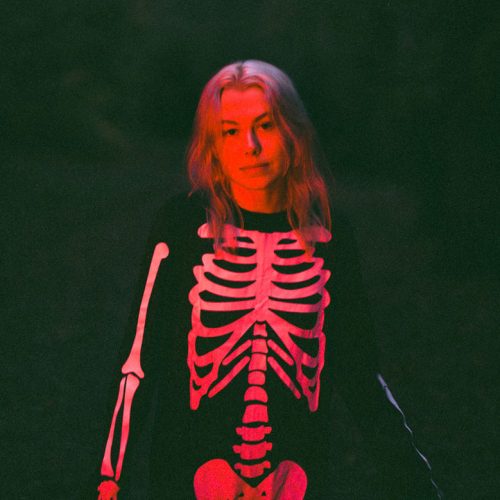 She’s basically been the queen of the sad-indie-emo world for the last three years.

But shoot, she makes that one type of song so well.

So, naturally, the other day I was watching a 16-minute interview that she gave to MTV. And I was really struck by an answer she gave to this question:

Here’s what she said:

“It’s funny – I feel like I’ve had hundreds of big breaks.”

This is a very cool perspective, and it’s even cooler when it’s coupled with what comes next:

“I never understood the concept of not playing every five seconds. And more than anything, I feel like I just made tons of friends from those shows.”

“That’s how I met my drummer, Marshall… and Harrison my guitar player. I feel like they contributed so much to the way that I sound.”

“I didn’t really know what I was doing before I met them.”

For me, there are two awesome things to take away here:

I’ve said this before and I’ll almost definitely say it again, because I’m kind of proud of how clever it sounds:

According to that 16-minute MTV interview, Phoebe Bridgers has been making music for basically as long as she’s been alive, and she hasn’t been able to stop.

As far as I know, you aren’t Phoebe Bridgers. But you probably are someone who feels the deep-in-your-bones need to communicate emotion and create art. And that’s a beautiful thing.

Keep leaning into the community that art creates.

The music industry can kind of suck sometimes. On the days when I’m tired and stressed about making enough money, I feel that pretty heavily.

But let’s stay encouraged by remembering that this is a journey of lots of little steps, best taken with people you like, with a purpose that’s worthwhile because it’s necessary.

Maybe one day, it’ll lead you to a random, strangely-staged diner where you’ll be the one getting interviewed by MTV as the queen of sad-indie-emo.

But, whether that happens or not, the journey is worth it.

Two truths and a lie: Jon loves understanding how songs are made. Jon once attempted to swim across the Pacific Ocean, but only made it to Hawaii. Jon was the stunt double for Sandra Bullock in the films Gravity and The Blindside.
PrevPrevious“Amberlit Morning” by Joan Shelley and Bill Callahan: The Fleeting Beauty of Childhood, and What Comes After
NextThe 15 Best Rap Blogs to Check Out in 2022Next